AT A GLANCE: CHANDISAR VILLAGE

A village in Palanpur tehsil, BanasKantha district, state of Gujrat, India, Chandisar. It is located 15 km away from the nearest city. There are 11 villages near Chandisar.

According to the demographic situation, Chandisar village is 2129.3 hectares in size, which is one of the most positive aspects of being a part of GIDC. population of about 9,972 people, which is quite a good number.

Chandisar is well connected by road to several other cities in the state, and a national highway runs through the region, connecting it to cities such as Palanpur (15 km), Ahmedabad (156 km), Surat (418 km), and Vadodara (266 km).Kheda is also linked with other areas of the state as well as further metro cities in the state through all modes of transportation. Public bus services are totally active within the village, and train facilities are available within 10 to 15 km of the village.

The economy of the village of Chandisar is expected to develop in the future as it comes under the GIDC. The people of Chandisar and other villages in Palanpur are largely engaged in agriculture, the dairy industry, the marble industry, and the diamond polishing sector, which are some of the most important contributors towards the economic growth and revenue generation of all the villages near Palanpur. Due to the fertile soil in the region, lots of crops are also grown here. There are many large-scale industries also on the table for the rapid growth of the villages.

Tourism in Chandisar and the villages under it has also contributed towards its economic development because of the presence of several places of interest to tourists.

Because Chandisar is agricultural land, agricultural activities are conducted on a large scale. The soil is quite fertile and ideal for growing many crops. Potato cultivation is also done along with other major crops, which are wheat and millet. In some areas, castor seeds are grown and exported. Some of the castor seed manufacturers are:

Though not substantial, various other industries have also emerged in Chandisar GIDC. Along National Highway 14, the marble stone cutting industry has also developed. Various other small-scale industries that have come up in recent years are stone crushers, cement industries, metal pipe and cement manufacturing, small tools, and submersible pumps.

For further information related to trades such as the address, phone number, dispatch and associations to connect with the commerce located inside Chandisar, log in to www.ibphub.com. 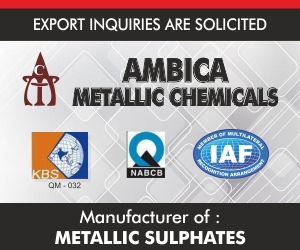