AN OVERVIEW OF THE DEESA GIDC

This city shares the boundary with top places, hence it is highly connected to all the major cities and towns in the area around Banas Katha.

This town is a major hub for medical colleges, hence it is highly connected within and outside the town with all the basic facilities. Currently, Deesa has a non-functioning airport but one that is soon to be launched under the current govt., which will take this town to new heights.

Deesa has expanded significantly in recent times due to growth in the agricultural produce business of potatoes and other commodities. Many Rajput clans, like Gohil, Rathod, Raja, Galsar, etc., resided here after migration from Rajasthan. Deesa is both an agro and an industry-friendly city. It is well-known for its potato cultivation, for which it is a high producer.Considering the area under cultivation and the agro-climatic conditions for potato research, an All India Co-ordinated Potato Improvement Project was initiated in 1971–72 with the financial help of the Indian Council of Agricultural Research (ICAR), New Delhi.

Thereafter, ICAR realized the need for multidisciplinary long-range research to increase the production of this valuable crop and strengthened the project during the Fifth Five Year Plan (1975–80) to have systematic research work on potatoes started to overcome the farmers' problems in the state. Sardarkrushinagar, Dantiwada Agricultural University runs a potato research station in Deesa. It falls under the North Gujarat Agro Climatic Zone-IV of the State.

There are many industries which come under the deesa GIDC.

For further information related to trades such as the address, phone number, dispatch and associations to connect with the commerce located inside Deesa GIDC, log in to www.ibphub.com. 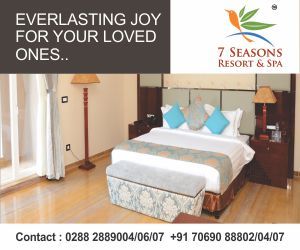