The Golden Attractions of Bharuch

The city of Bharuch in Gujarat is located at the entrance of the Narmada, one of the most important rivers in western India. After Varanasi, Bharuch happens to be the eldest city of India. The business domains of Bharuch are exclusive among those of Gujarat and India. The district looks attractive with forests and river banks surrounded by greeneries.

Since the ancient age, the history of Bharuch has shown remarkable peculiarities. Ancient sacred scripture describes Pandavas living in the forest of Zagadia and Valia during their secret forest-dwelling. However, during British Raj, it was branded by the name Broach. Bharuch port has been used to be a key terminus for various land-sea trade routes in the 18th century. Bharuch port was previously recognized as Barugaza as well.

Being the oldest city of Gujrat and the second oldest city in India, Bharuch has a rich history that goes back to about 8000 years. In the year 1772, the British took the resistor of Bharuch. Freedom fighters like Kanhaiyalal Munshi, Tribhuvandas Palejwala, and many more took part in the freedom fight and they all addressed from Bharuch.

A district in the southern portion of the Gujarat headland on the west coast of the state of Gujarat with a size and populace equivalent to that of Greater Boston. A port city Bharuch has an average elevation of 15 meters. The Bharuch region has Vadodara in its North, Surat in its South Narmada in the East, and Gulf of Khambhat to its west. In 1997, the Bharuch district is separated into Two chunks (1) Narmada District and (2) Bharuch District. The city's climate is highly moderated by the Arabian Sea.

Bharuch experiences summer from the beginning of March and continue until June. Monsoon jumps late in June and it receives about 800 millimeters of rainwater through the end of September.

Bharuch: At a Glance

Bharuch is linked to all main cities by road and rail. There are several Intra-district and Inter-state buses that connect Bharuch to major cities in Gujrat and outside of the state. Vadodara & Surat, similarly stand as the nearest airports to Bharuch.

During its ancient times, the city was a thriving seaport for coastal trading. However, today Bharuch's economy is laden with various industries like cotton, fertilizers, dairy products, dyes, textiles, and paints. Gujarat's biggest liquid cargo terminal is also placed here in Bharuch. The main focus business segments are Chemicals, petrochemicals, and pharmaceuticals, Engineering, Ports and shipbuilding, and Textiles. There are some mineral-grounded businesses in the Bharuch region. It has various reputed multinational companies. Due to the irregular color of the loam here that is best for cotton cultivation, Bharuch is occasionally known as 'Kanam Pradesh' i.e., black soil land. Ankleshwar is the main manufacturing center in Bharuch with more than 70 medium and large-scale industries. Conventionally, Bharuch has been the hub of the peanut processing and marketing industry with a well-established brand name all over the country.

The Government of Gujarat has imagined exact strategy initiatives to attract ventures in mineral exploration and mineral-based businesses. The policy includes steps to grow mineral production and inspire exports of value-added minerals. It pays superior attention to an intermittent occurring mineral such as “Agate” which is existing only in Bharuch.

Places of Interest nearby Bharuch

Bharuch is an antique metropolitan with a delightful history. There are numerous motivating spaces to see in Bharuch and they are listed as follows:

Bharuch is a hard-hitting industrial sordid in sectors as expanded as chemicals & petrochemicals, textiles, drugs & pharmaceuticals and ports & shipbuilding, and many more. Outstanding port connectivity with the presence of Dahej port makes it an investment terminus in port & shipbuilding activities.

All the facts associated with trade such as the address, phone no, email, and links to the connection with the makings placed inside Bharuch can be searched on: www.ibphub.com. 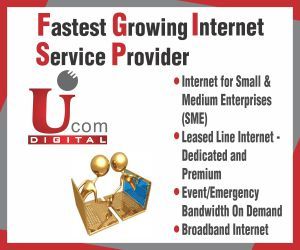