Telangana, the 29th state of India separated on 2 June 2014 from Andhra Pradesh is located on the southern part of the Indian peninsula. It is the 12th largest state with an area of 112,077 sq km. The terrain of the state consists mainly of mountain ranges, hills, and dense forests. The state has 33 districts. Telugu is the official language of the state and Urdu is the second.

There are various tourist attractions in the state and the major ones are Nagarjuna Sagar Dam which is built on Krishna River and is the world’s tallest masonry dam, Warangal is historical site which takes you to the era of Kings and Queens with its natural beauty, Bhadrachalam which is believed to have events of Ramayana, Adilabad has gurgling waterfalls and vibrant culture, Secunderabad which is also known as the “Twin city of Hyderabad’, Karimnagar which is famous for Gandhi centenary Museum, Chilkur Balaji Temple which is also known as VISA temple, Kanakai waterfalls, Gaytri waterfalls, Murgavani National Park, Kinnerasani Wildlife Sanctuary are also other attractions.

The capital of the state ‘Hyderabad’ is a hub of the IT sector and major companies like Facebook, IBM, Microsoft, and Google hold a significant presence. The major industries of the state are pharmaceutical manufacturing, textile, mines, and minerals. The major Industries of Telangana come under Telangana State Industrial Infrastructure Corporation (TSIIC). All the information on these industries like Name, Phone Number, Address, Name of the key person can be found on Indian Business Pages 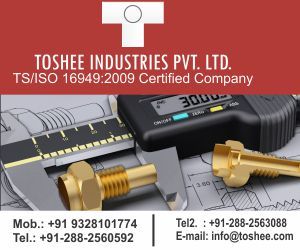