Gujarat, one of the most jubilant states of India, famous for its rich culture, heritage and business covers an area of 196,024 km² making it the 5th largest state of India with a coastline of 1600 km in the western part of India. The capital of the state is Gandhinagar, known as the political capital of the state. There are 15 cities, 33 districts and 252 talukas in Gujarat which covers 202 GIDC and 1lakh+ industries.

The state covers a list of rivers among which Sabarmati, Tapi, and Narmada are the major rivers. The statue of Sardar Vallabh Bhai Patel is built on the Narmada river. Gujarat covers a few mountain ranges such as Aravalli, Gir Hills, Vindhya, Saputara, etc. Girnar has the tallest peak of Gujarat.

May 1 is known as Gujarat sthapana divas and the major festivals celebrated in Gujarat are Diwali which is celebrated for 5 days and is also famous for the victory of light over darkness, good over evil, and knowledge over ignorance, Navratri where people of Gujarat celebrate the festival for nine nights performing a dance form called ‘Garba’ in all the cities and villages of the state for worshiping the deity ‘Shakti’, Uttrayan which is well known for kite festival, Rath Yatra, Janmashtmi, etc.

Major tourist attraction of state are Gir National Park which is home to Asiatic Lions, Somnath temple which is also famous for its home to one of the 12 jyotirlingas, Dwarka which is located in Saurashtra also known as home of Krishna, Saputara which is the only hill station of state, Porbandar which is the birthplace of Mahatma Gandhi, Bhuj which is famous for its history of empires and kings, Surat which is also known as city of flyovers, Ambaji holds a place in the heart of people because of Ambe temple, Girnar holds the highest peak of state and is also famous for religious importance to Hindu and Jain pilgrims, Rajkot which is also known as City of Princes, Dandi which is famous for its historical value in the Independence journey and its beach, Statue of Unity which is 182 meters tall statue of Sardar Vallabhbhai Patel located at the banks of Narmada, Sardar Sarovar Dam, Pavagadh, Diu are also some other famous destinations to visit in Gujarat.

Gujarat is also famous for its business market as it is said “Gujarat ki hawa mai vyapar hai” and this is how businesses like Reliance, Tata, Amul, Nirma, Godrej, Adani group, Sun Pharmaceuticals, Torrent Group, Cadila Healthcare, Zydus, Cadila, etc. are ruling the market and have made their place worldwide. To expand the business opportunities, the Government of Gujarat organizes an event called ‘Vibrant Gujarat’. The aim of the event is to bring together investors, leaders, policies, corporations and explore opportunities in Gujarat. The event is being organized from the year 2003.

The major Industries of Gujarat come under Gujarat Industrial Development Corporation (GIDC). All the information on these industries like Name, Phone Number, Address, Name of the key person can be found on Indian Business Pages 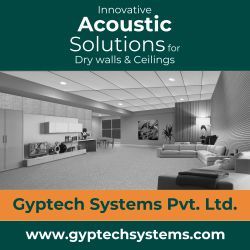