At A Glance: BALISANA VILLAGE

Balisana is a village in the Patan district in the state of Gujarat, India. It is located 12 km away from the main city. There are five in Patran City, and Balisana is the biggest gam in the five gam samaj, according to the official government information.

According to the demographic situation, Balisana village is 2092.19 hectares in area, which is some of the most positive points about being part of GIDC. Balisana holds a population of about 10132 people, which is quite a good number.

Balisana is well connected to several other cities in the state via roads and national highways that run through the region, connecting it to cities such as Patan (12 km), Ahmedabad (126 km), Surat (371 km), and Vadodara (219 km).Kheda is also linked with other areas of the state as well as further metro cities in the state through all modes of transportation. Public bus services are totally active within the village, and train facilities are available within 10 to 15 km of the village.

The economy and financial status of Balisana village are highly dependent on the agricultural and industrial setting in the nearby city of Patan. Agriculture and agro based industries are the backbone of the economy. A large portion of the city area is used for agricultural purposes. There are many advanced irrigation facilities and the fertility of the soil in the district that help to increase the production level of its agricultural products and hence boost the economy.

The village has some small-scale industries on its board for the future under Balisana GIDC, which will contribute to its economy to a great level. Some of them are core small-scale industries like food processing, cotton-based textile, paper and pulp industry, and vegetable oil mills, which will stand as the supporting pillars of the village economy, just as they are standing as the supporting pillars of the city economy. Balisana and other villages which come under Patan city are rich in oil and gas sectors, so today it is an attractive spot for all investors.

Numerous categories of oil and gas exist in different parts of the villages that come under Patan GIDC, which are further classified into two classes as major and minor oil and gas. Agriculture, mineral-based industries, cotton-based textiles, pulp industry, and so on are major segments.natural gas reserves in other tehsils and villages.

For further information related to trades such as the address, phone number, dispatch and associations to connect with the commerce located inside Balisana, log in to www.ibphub.com. 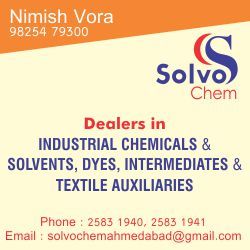