An Industrious Tour to Patan

With a vast and glorified history, Patan is a modern city in the Indian state of Gujarat. Known as the capital of the Gujarat Chalukya dynasty in medieval times. The city has had a long history, with several Hindu and Muslim dynasties making it a thriving trading city and the regional capital of northern Gujarat. Patan District is divided into 10 talukas, 464 panchayats, and 524 villages.

It is a historical place located on the bank of the now extinct Saraswati River. Patan has an old market which is quite sizable and is believed to have been in continuous operation since at least the rule of Vaghelas.

Patan is a prominent medical center in North Gujarat with almost 200 practicing medical professionals. It has a medical college named GMERS Medical College and Hospital, Dharpur-Patan, at Dharpur on the Unjha Highway.

The economy and the financial status of Patan City are highly dependent on the agricultural and industrial sectors. Agriculture and agro-based industries are the backbone of the economy. A large portion of the city area is used for agricultural purposes. There are many advanced irrigation facilities and the fertility of the soil in the district that help to increase the production level of its agricultural products and hence boost the economy.

The district has some small-scale industries that contribute to its economy to a great extent. Some of them are core industries like food processing, cotton based textiles, paper and pulp industries, and vegetable oil mills. They act as the supporting pilgers of the city's economy. Patan is rich in the oil and gas sector, so today it is an attractive spot for all investors. In addition, the patola saree of Patan district is world famous.

Patan has a GIDC and many small and medium-sized industries. There are many industries that fall under GIDC:

For further information related to trades such as the address, phone number, dispatch and associations to connect with the commerce located inside Patan, log on to www.ibphub.com. 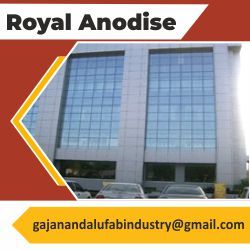