Agriculture in India and Its Different Types

India has a long history in agricultural, which dates back approximately ten thousand years. India currently ranks at second place worldwide in the farm outputs. As per 2018 data, the agriculture sector employed nearly 50% of the Indian workforce and it contributed nearly 17 to 18% of the total country's GDP.

Different Types of agriculture in India:

In India farmers based primarily on the nature of the land, climatic characteristics and available irrigational facilities, the farmers in India practice different types of agriculture & farming:

1. Shifting Agriculture: This farming practice is mainly used by tribal groups to grow crops. First, the land is obtained by clearing a forested area and then crops are planted there. When the land is no longer fertile then another area of land is cleared and the crops are shifted there. The commonly grown crops in this type of farming are dry paddy, maize, millets, and vegetables.

2. Subsistence Farming: This is the most popular farming technique that can be seen in various parts of India. The farmer along with his family cultivates grains for themselves or for the sale in the local market.

3. Intensive Agriculture: This farming practice can be seen in most populated areas in India. It is an attempt to maximize the output of the land, through the use of every possible effort. It requires a huge amount of capital in addition to a great deal of human labour, but more than one crop can be raised per year.

4. Extensive Agriculture: This is the modern type of farming that can be seen largely in the developed world and in some parts of India. It relies largely on machinery as opposed to a human labour force and raises one crop per year.

5. Commercial Agriculture: The goal of commercial agriculture is a high yield, so that produces can be exported to other countries or areas for profit. Wheat, cotton, sugarcane, and corn are some commercial crops and they are grown in states including Gujarat, Punjab, Haryana, and Maharashtra.

6. Plantation Agriculture: This style is often used for crops which require a lot of space and a long growing period, such as rubber, tea, coconut, coffee, cocoa, spices, and fruits. Plantations are only capable of producing a single crop. Plantation agriculture is practised in Kerala, Assam, Karnataka, and Maharashtra.

7. Dry land farming: As the name suggests, dry land farming is practised in the more arid and desert-like areas of the country, including northwest and central India. Crops such as gramjowar, bajra, and peas have lower water requirements and can, therefore, be grown in these conditions.

8. Wet land farming: Many areas of India are affected by heavy monsoon rains and subsequent flooding. Well-irrigated areas, such as those in the northeast India and the Western Ghats, are suitable for farming rice, jute, and sugarcane. 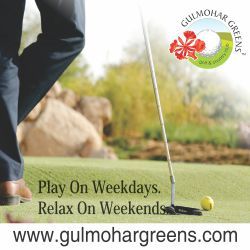