Samsung, OnePlus to fight for premium smartphone leadership in India 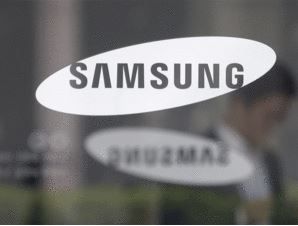 The premium segment is seeing a straight fight between Korea’s Samsung and China’s OnePlus for the top position, with high visibility launches from both. The Rs 30,000-plus space is hotting up more than ever with the likes of Vivo, Oppo, Huawei and Google also joining in, and Apple cutting prices to gain volume market share, giving a wide choice to high-paying consumers.

The premium smartphone segment, or the Rs 30,000-plus category, itself is expected to almost double by December-end to 10% of the overall market, said Counterpoint Research.

Samsung is currently going strong with it S10 series -- S10e, S10 and S10 plus -- that helped it dethrone OnePlus from the pole position in the premium segment in the January-March quarter, analysts said. But OnePlus is expected to hit back with its OnePlus 7 series which it is set to launch shortly in the world’s fastest growing smartphone market.

At March-end, Samsung had a 44% market share in the high-end segment, followed by OnePlus at 26% and Apple with 19%, according to Counterpoint. Comparatively, in the precious three-months to December, OnePlus was the leader with 36%, Apple was at 30% and Samsung had 26% share.

OnePlus’s move to regain its leadership position depends on the success of its new strategy -- it is bringing in two phones for the first time, including one at the higher end -- which in turn will depend on the pricing and the features the new higher-priced device offers.

“This will be the first time OnePlus is giving a range to the user for an upgrade instead of a single phone, and pricing has to be very critical for the Indian market since it is price sensitive,” Tarun Pathak, associate director at Counterpoint Research, said.

As per reports, OnePlus’ higher-end model of OnePlus 7 Pro may cost around Rs 57,000.

“…but, the price shouldn’t be very steep compared to the last device… it now has to be in the proportion where Samsung high-end users could shift to OnePlus…you need to have a differentiated innovation and strategy,” she said.

CMR’s head, industry intelligence group (IIG) Prabhu Ram pointed out that the OnePlus 6T McLaren Edition (a costlier version of OnePlus 6T), launched at the end of 2018, contributes a promising and a healthy share of the overall OnePlus shipments.

Samsung, on the other hand, will try to further consolidate its premium leadership in the market with its S10 series and high-end A series smartphones. The company said as per GFK, it had a 68.9% volume share and 65.9% value share in the premium segment in January-March quarter.

Navkender Singh, research director at IDC, said that the S10 series has done well for Samsung. “…whenever Samsung launches new devices, there’s a big marketing push. They also concentrated on the channel margins…S10 has moved well in the market.”

India’s premium smartphone segment itself is expected to almost double by December-end this year as players such as Vivo, Oppo and Huawei expand their offerings to add to the aggression of the two leaders and Apple’s price cuts, backed by buybacks and trade-in offers along with financial schemes. Google has also launched Pixel 3a and 3aXL with price starting ar Rs 39,000. Pathak said that Google is also looking to lock in some first time users who are looking for premium features at an affordable price. "Eventually competing in the OnePlus segment."

“The premium market is expected to reach 10% of the overall market in volume terms driven by players like Samsung and Chinese players,” Pathak said.

Apple XR has also started to move fast in the market with the recent price cut, and the iconic smartphone maker is now readying to make other high-end phones in India to reduce duty pains, which will bring down prices of its latest models, thereby growing the premium segment further, analysts said. 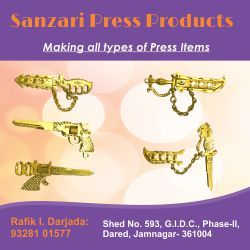