Prime Minister Narendra Modi will address the valedictory function of the second National Youth Parliament Festival on Tuesday via video conferencing. Selected candidates from youth parliaments held at state and district levels will take part in the national event. The top three winners will get the opportunity to express their views before the prime minister.

The objective of the festival is to hear the voice of the youth between 18 and 25 years of age who vote and are set to join various professions in coming years, including public services.

The first NYPF was organised from January 12 to February 27, 2019, with the theme 'Be the Voice of New India and Find solutions and Contribute to Policy', in which 88,000 youngsters participated.

The second NYPF was launched on December 23 last year through virtual mode, and over 2.34 lakh youths from across the country participated in the first stage. It was followed by State Youth Parliaments through the virtual mode from January 1 to 5 this year.

As many as 29 national winners will get an opportunity to speak before a national jury comprising MPs Roopa Ganguly and Parvesh Verma.

The National Youth Festival is celebrated every year from January 12 to 16.

January 12 is the birth anniversary of Swami Vivekananda and is also observed as National Youth Day. This year, NYPF is also being organised along with the National Youth Festival. 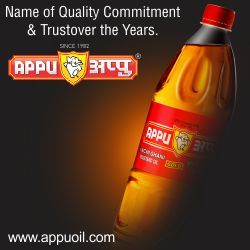