Indian companies may get nod to list in 7 countries

NEW DELHI: Paving the way for a global listing by the likes of Reliance Jio, LIC and Indian start-ups, the government is set to notify seven countries and the Gujarat International Finance-Tec (GIFT) City where these companies can go public, while easing several norms to facilitate the process.
The ministry of corporate affairs (MCA) and the department of economic affairs have agreed to do away with the contentious clause of dual listing, which required a company to list in India as well as overseas. As a result, a company can directly list in one of the seven markets including – the US, the UK and Japan.

While the list will be expanded later, Hong Kong is notable exclusion and comes in the midst of India’s border tension with China. Several companies have opted to list in Hong Kong, which is a financial hub in the region.
Exchanges operating in the International Financial Centre at GIFT City, which have tie-ups with overseas bourses, can facilitate the stock being traded abroad as well, sources told TOI. For instance, if NSE or BSE ties up with SGX, it can help share of an Indian company to be traded on the exchange in the GIFT City as well as Singapore.

“It will really help start-ups which may not be profitable but are looking to raise money and list at a premium,” said a market player.
Allowing global listing of Indian entities is seen as a major change in government stance as policy makers were earlier wary of letting companies tap global capital markets directly. As a first step the Modi administration has amended the Companies Act, which will be followed by umbrella guidelines by the finance ministry and rules for unlisted companies by MCA and those for listed entities by Sebi. The revenue department is separately going to address the tax issues as the government is seeking to ensure the first listing by an Indian entity in the early part of next year.
To facilitate global listing, the government will prescribe norms in a way that the company has to be either profitable, or report operating profits during the preceding three years or should have paid-up capital, funds in the security premium account and tangible and intangible assets above a specified value.
Besides, the proposal piloted by MCA, is also expected to ensure that there is no insistence on premium listing on foreign exchanges and a standard listing will do. 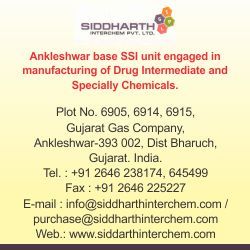