In September 2013, TCS had announced creation of a first of its kind All-Women Business Process Services Center in Riyadh (Saudi Arabia), in partnership with GE. Over the past seven years, the center has expanded from 20 to almost 1,000 women employees and won several awards including the King Khalid Award 2019 for 'Responsible Competitiveness' and the 2018 Future of Workplace Award for 'Best women development and leadership programme'.

Saudi Desert Rose Holding BV (wholly-owned subsidiary of General Electric International (Benelux) BV) holds 24 per cent share in TCS Saudi Arabia, while the remaining 76 per cent is held by Tata Consultancy Services Netherlands BV (a wholly-owned subsidiary of TCS). Following the completion of the deal, which is expected to close in 3-6 months, TCS's shareholding in the company will increase to 100 per cent.

"Given GE's planned exit from this partnership, the partners have entered into a definitive agreement subject to closing conditions for transfer of GE's stake in the venture to TCS," the IT major said in an exchange filing.

On completion of required governance and business changes to effect this transition, TCS will assume full responsibility of the Women's Center, securing its viability in the longer term and allowing it to continue to serve as a source of opportunity and skills development for women in the country, it added.

TCS said that anti-trust approval in Saudi Arabia is being sought for the transaction.

In a separate development, TCS announced launch of the Autoscape solution suite to enable connected and autonomous vehicle ecosystem players, such as automotive OEMs, suppliers, fleet owners and start-ups, to pursue new business models. This new suite of solutions and services to help global manufacturers and other ecosystem players accelerate their initiatives around autonomous and connected vehicles. 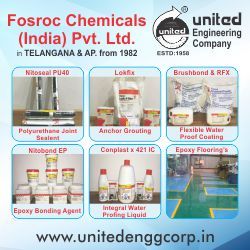