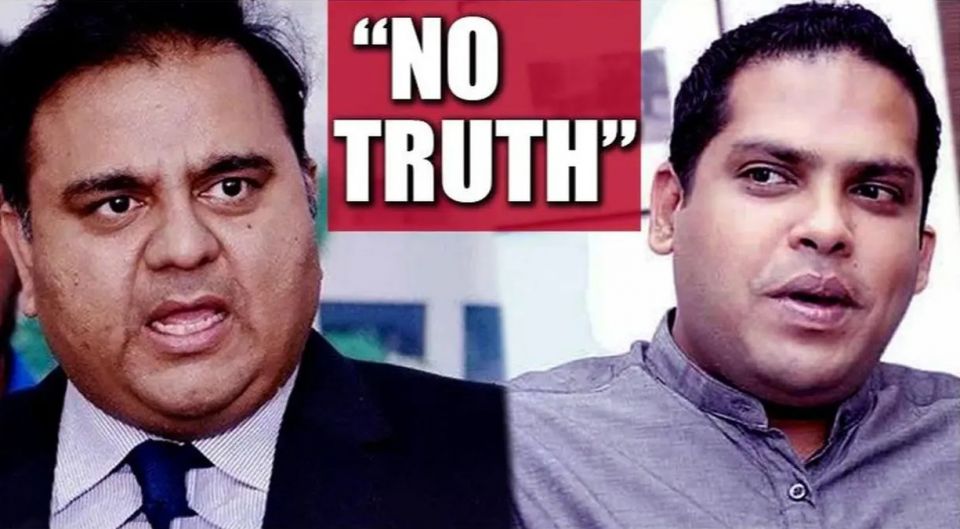 Hack:
- Sri Lankan Sports Minister rejected Pakistan Minister's claim of India threatening Sri Lankan players to opt out of the tournament
- Hanin Fernando rubbished the statements and tweeted 'No truth to reports that India influenced Sri Lankan Players, they opted out of the tour on their own'

Sri Lanka on Tuesday, September 10, rejected Pakistan Minister Fawad Hussain’s statement claiming Indian pressure behind 10 Sri Lankan cricketers opting out of the upcoming Pakistan tour. The island nation maintained its stand that the players opted out purely based on the 2009 terror attack on Sri Lankan players in Pakistan.

Federal Minister for Science & Technology Government of Pakistan, Fawad Hussain had tweeted about commentators informing him that India has threatened Sri Lankan players of being ousted from IPL if they do not refuse upcoming Pakistan tour. 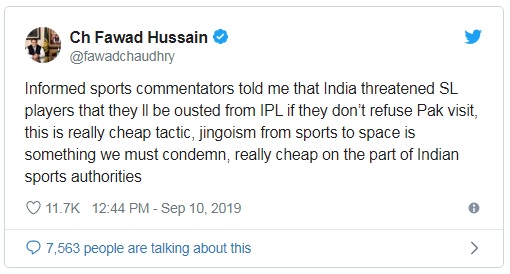 Sri Lankan Sports Minister Harin Fernando responded to Pakistan’s unsubstantiated statement, stating that there was no truth to Pakistan’s claim as the players opted out on their own. 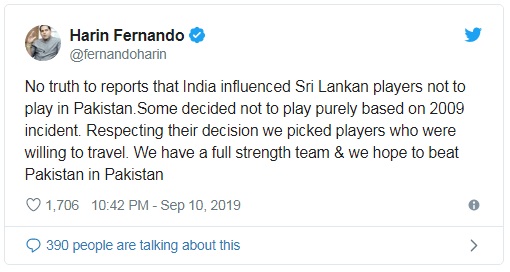 Sri Lanka is set to visit Pakistan after nearly two years to play three ODI and three T20 matches from September 27 to October 19. The Sri Lankan cricket board in a meeting with the players informed them about the security arrangements and gave them the freedom to decide on their participation for the upcoming tour. However, 10 Sri Lankan players decided to opt-out of the tour of Pakistan.

In 2009, the Sri Lankan cricket team on its way to Gadaffi Cricket Stadium for a test match with Pakistan, was attacked by terrorists in which eight people were dead, the incident left seven Sri Lankan players and staff injured. After the incident, several international teams have refused to visit Pakistan until Sri Lanka decided to return in October 2017 for a T20 match in Lahore. 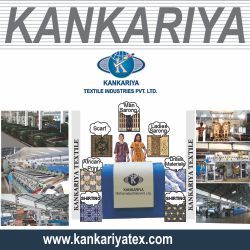